As one of Jasper County's longest-running businesses, The Joplin Globe has a more than 120-year history of covering the region's current events. Through all of our community's triumphs and tribulations, Globe journalists have been on hand to inform readers about what happened. Our advertising consultants have helped area residents grow businesses with display ads, find new homes, cars, jobs and more with classified ads, and celebrate life's milestones with engagements, weddings, graduations and obituaries.

We reach thousands upon thousands of readers each day with our daily printed newspaper, our magazines and special sections, our constantly updated website and our social networks. While technology has changed how we reach you, it has not changed our commitment to producing award-winning reporting.

Each daily edition of The Joplin Globe is a new chapter in the story of our lives. But we are not the authors of that story. You are, Joplin. We are privileged to stand beside you and document the moments that mean the world. This corner of the Four-States Area is your world. We deliver it.

Key events in the history of The Joplin Globe (compiled by librarian Bill Caldwell) include: 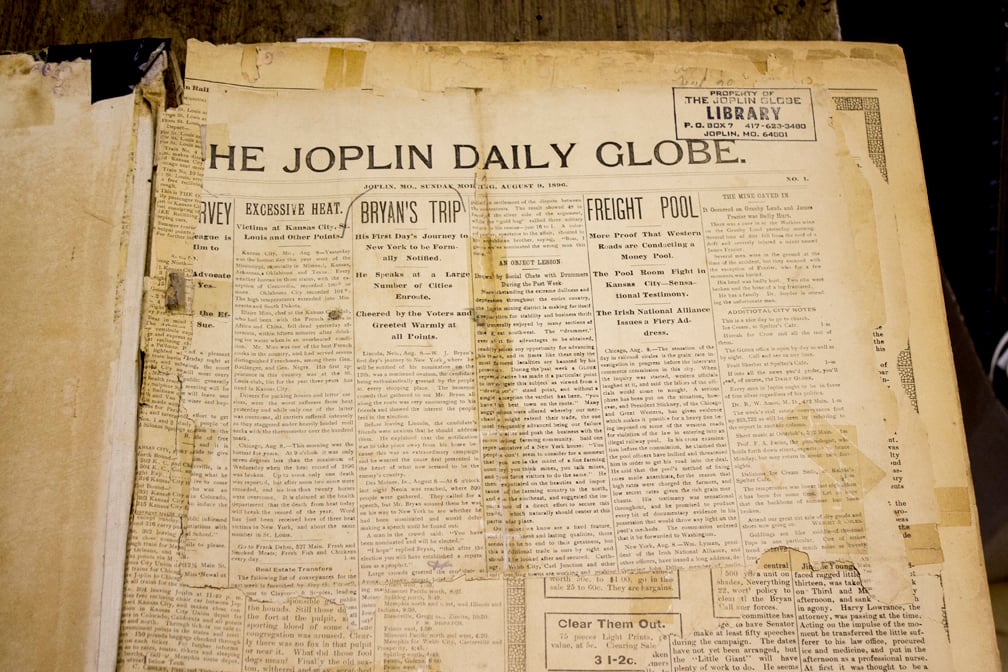 • 1900: Gilbert Barbee, the owner of Barbee Park, a race track, and a Democratic party political boss, becomes editor of the Globe and major stockholder. Contention between Barbee and A.H. Rogers on political and streetcar issues continues until 1910, with Rogers attempting to buy a majority stake in the Globe.

• Sept. 13, 1907: Anti-corruption drive by News Herald and Globe.  The News Herald’s printing plant was bombed. The perpetrators were never found.

• 1910: A.H. Rogers buys out all the minority stockholders becoming the majority stockholder. He fires Barbee, who starts the Joplin Tribune, a Democratic paper which lasts for a year and a half. The Globe becomes independent in its political stance. Rogers owned the Southwest Missouri Railroad, the regional streetcar system, and used that system to deliver papers and maintain local offices in area towns.

• 1915: The Globe establishes the first full-scale farm department in a daily newspaper in the U.S.

• 1922: A printers’ strike against both papers resulted in the financially weak News Herald being purchased by the Globe. The Globe prints in the morning and the News Herald in the afternoon.

• 1933: Gang activity highlighted by the Bonnie Parker and Clyde Barrow raid in south Joplin, resulting in the deaths of a Newton county constable and a Joplin motor car detective. Photos processed by the Globe are printed in newspapers across the country, becoming one of history's first viral selfies. The photos led to the downfall of the criminal pair.

• World War II begins for the U.S. on December 7, 1941. The Globe and News Herald cover the war effort with extensive AP material, stories, graphs and maps. Mining restarts for the war effort.

• 1945: The Globe publishes an Annual Mining and Industry Edition to highlight all the area did in the war effort.

• August, 1970: The News Herald shut down and the staffs consolidated.

• 1970s: The paper moves away from hot lead printing processes to cold type.

• 1976: The Hughes, Blair and Rogers families sell the paper to the Ottaway Newspapers Inc. chain, a subdivision of Dow Jones.

• 1983: The Globe installs a new Goss press in a new press building on the north side of the existing Globe building, and begins extensive use of color in the daily paper.

• 1990s: The Globe begins its online presence with its first website.

• August 1996: The Globe celebrates its 100th anniversary with an open house.

• Sept. 11, 2001: The Globe publishes an extra edition with news of the terrorist attack on New York City and Washington D.C. — the first extra edition published since World War II. 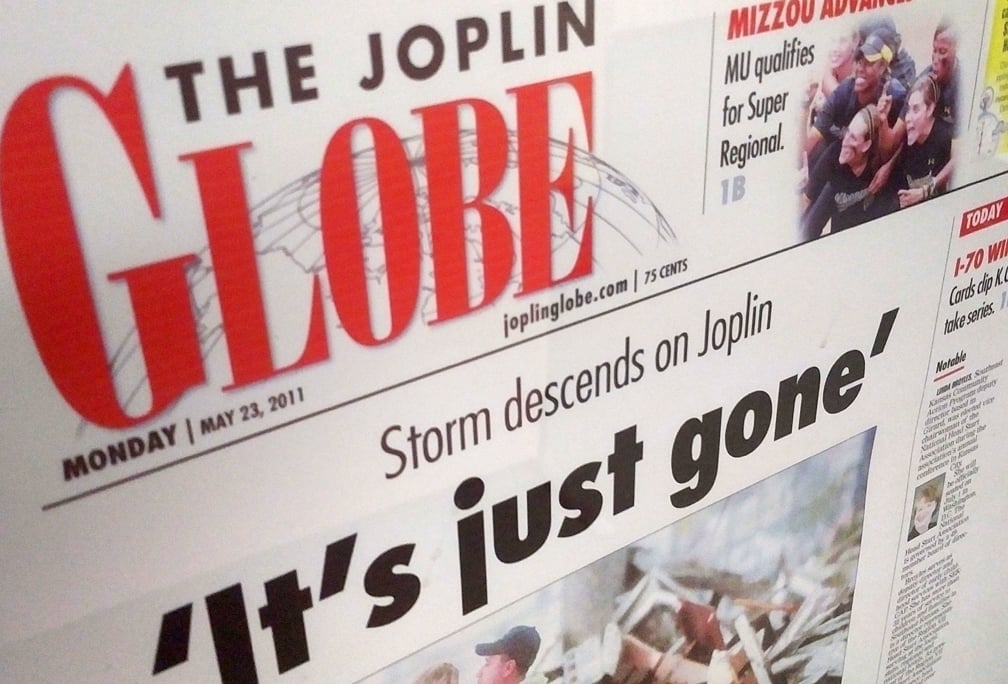 • May 22, 2011: Page designer Bruce Baillie was one of 161 people killed by the 2011 tornado. Despite the storm directly affecting about a third of our staff with injuries and property damage, knocking out power and blocking roads, the May 23, 2011 issue makes it to press, and to readers. Reporters worked late into the evening, and press operators worked well into the early morning to print the paper, which was delivered by our crew of delivery drivers.

• 2012: "Deadline in Disaster," a documentary about the Globe's newsroom directed by Beth Pike and Stephen Hundnell in 2012, won a regional Emmy for Documentary-Cultural entries.

• Jan 3, 2019: Parent company CNHI, LLC was reacquired from Raycom Media to Retirement Systems of Alabama after Raycom was acquired by another company.

Would you vote for a 3% sales tax on recreational marijuana sales in Joplin?

Check joplinglobe.com/polls for past results.

Sorry, there are no recent results for popular commented articles.

Sign up now to get our FREE breaking news coverage delivered right to your inbox.